The process of preparing Buttondown’s marketing stuff every month is kind of painful: I need to write an email, send it, convert it into a blog post, publish that, then tweet about it. All of this takes a bunch of manual pulling from disparate data sources, which is super frustrating (“red” implies “effort”): 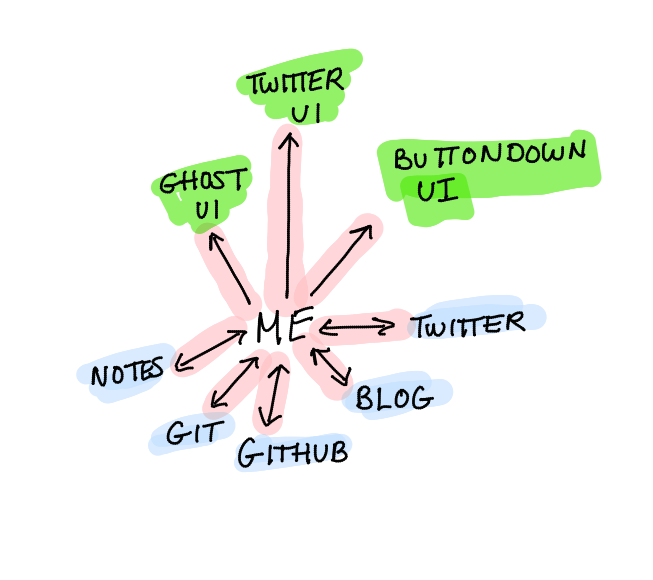 It recently occurred to me that I could automate a lot of this! I could solve the problem with coding. I could build out a small tool that grabs relevant commits from the GitHub API — as long as I was judicious about tagging the important feature commits 1 and populating the commit bodies with marketing-material-level copy about what is being done [^2], I could just run a little script at the start of each month that fetches everything, calls some APIs, and then I’m done. Let’s give this a shitty name, like “Commithawk”, and look at how easy it seems: 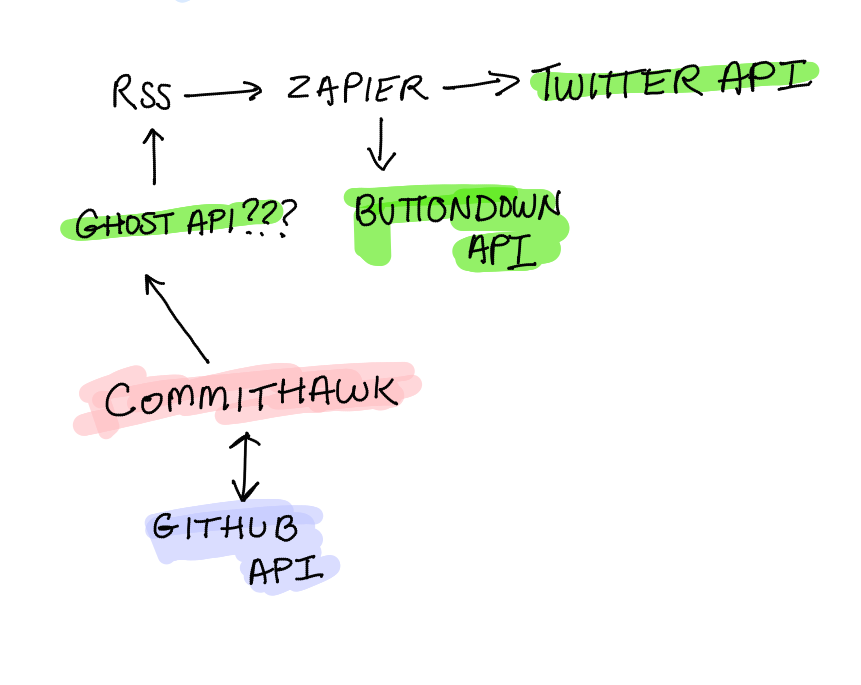 This is so tempting. There are so many positives:

But there’s no way this actually saves me time and lets me send a great email, right?

One of my biggest foibles is that, deep down, I think I can do anything with enough code. This is rarely true with Buttondown, and a lot of the project’s biggest flaws — unexamined business model, untested marketing funnel, poorly scaled customer support — stem from things that I can’t just fix in an IDE.

I’m probably going to end up writing this commit scraper-email sender thing, as an exercise. I might end up using it. But it’s not going to make anything better: it’ll just be an interesting diversion. (Which has merit on it’s own, to be fair.)